In the early car crash test, the staff would personally participate in the test, but because the risk factor was too high, considering the safety of the tester, later they chose chimpanzees and other animals instead of humans for the crash test, but they were met by the Animal Protection Association and the Animal Protection Association. People objected, and later this difficult task was replaced by Crash Test Dummy.

It is worth mentioning that the key to the collision test is to collect data, not just the car system, but also the impact of the collision on the human body in the car. Through the car crash test, research the force experienced by the driver and occupant in a collision in a controlled and unmeasurable environment, and these data will be provided by Crash Test Dummy. 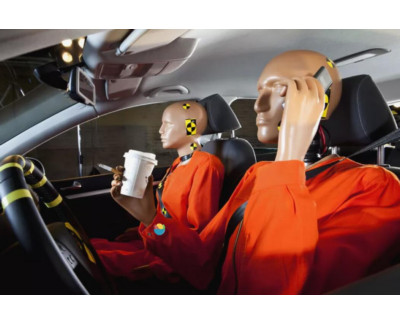 How can the data in the car crash test be obtained through Crash Test Dummy?

Take the QINSUN Crash Test Dummy as an example. The dummy consists of the head, neck, chest, upper limbs, hip bones, lower limbs, feet and various forms of connection mechanisms, including nearly 400 parts and about 60 sensors. The sensors include acceleration, angle and velocity, force, bending moment and displacement sensors, etc., which are used to measure the damage of various parts in the collision.

The Crash Test Dummy is a highly standard instrument with various performances similar to those of a real person. Before use, it needs to perform standard compliance verification for each part, referred to as "calibration". Before the car crash test, the engineer places the calibrated dummy on the corresponding seat in the test vehicle with the help of an instrument, and adjusts the position and sitting posture of the dummy according to the test standard. After the aforementioned preparations, the dummy can record the test data in the crash test.