What industry is Comfortable Thermal Manikin mainly used in?

Shanghai Qiansun Comfortable Thermal Manikin can test detailed data systems. The dummy itself does not have fingers and faces. The dummy has higher strength. A pure nickel wire of nearly 700m is placed from the fingers to the nasal cavity inside the dummy. The independent intelligent circuit guarantees the accuracy of the measurement process. 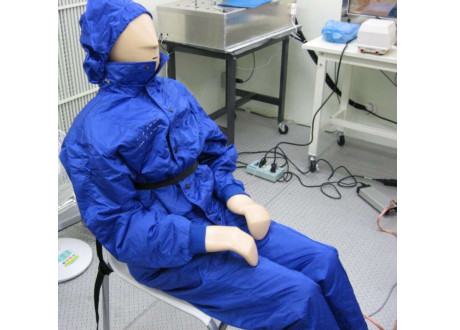 Research on multi-layer protective clothing using burning dummy shows that the outermost fabric has an important influence on the protective performance of multi-layer protective clothing. Using TPP instrument to test, it is found that long-term exposure to a heat source with low heat flux is more likely to cause burns than short-term violent combustion. In the actual wearing process, the thermal protection performance of clothing not only depends on the performance of the fabric itself, but also needs to be comprehensively considered from the aspects of clothing style design, specifications and dressing posture. In order to simulate the situation of the human body in the actual fire field as realistically as possible and to safely and accurately determine the surface temperature of the clothing and the human body, the test method of the burning dummy has shown its advantages and has been widely used in the field of thermal protection.

The Comfortable Thermal Manikin produced by QINSUN is reasonable in price and high in quality. If you are interested in buying, please leave us a message online!